In a future where the United States is slowly rebuilding itself, Omega Travis Danten is a big city cop sent to a seemingly desolate city on the edge the Waste. This desert is full of undesirables, and it’s only a matter of time before they wreak havoc. But, Omegas are always assigned Alphas, and his new partner’s job is to protect him.

But SdAI Alpha Virgil is not at all amused with the partner who chose him. Travis is willful and naive to the dangers a homicide detective faces here, and it makes Virgil’s job that much harder. And Travis, of course, is human and develops feelings, feelings that go beyond the rules about Omega/Alpha partnerships.

Travis and Virgil have to find common ground, find a killer, and find space for each other in their own hearts, even if one is artificial.

“Get down!” Travis ran to the shattered restaurant window, crouched as low as possible. With a peek through the frame, he spotted a server. “Hey! Get these people in the back!”First, the server stared at him blankly, frozen. Travis stood up as another bullet ripped through the air and punched a massive hole in the far wall inside the restaurant. Gunfire damn near blew out his ear drums. Travis glanced to his left. Virgil was firing at the rooftop across the street, mostly to give Travis time to sort the civilians out. A bullet whizzed past and the server jumped when it shattered another window.“Get the people to the back!”This time, the guy listened and herded the diners deeper into the place, out of sight. Travis turned back and hunkered down against the wall. He drew his weapon. “Can you tell where the shooter is?”Virgil jerked his head at a line of roofs across the Wilmot intersection. “He is firing from the top of the mall.”“We’re sitting ducks here. Any way to take him out?”“I have called for backup, but they will not arrive for four more minutes.” Virgil scowled and sidestepped the next bullet fired at them. “We are never eating at this place again.”Travis grinned and peeked over the edge of the window. The patrons were nowhere in sight. “I can run for the other side of the parking lot. Draw his fire so you can get a clearer shot.”“No,” his Alpha growled. “If I cannot disable him from here, the SWAT team in route will corner him. You will not risk yourself further.”Travis ducked lower still when the next shot barely missed the top of his head. “It’s not any riskier than sitting here waiting. We could be dead by the time backup gets here.”Another shot cut off Virgil’s reply. Travis sucked in a deep breath. With a last glance at his partner, Travis darted for the long line of cars at the other end of the lot. A bullet shattered against the asphalt in front of his feet. Well, I’ve got his attention. Another blazed a molten path across the top of his right thigh and third almost fucking gutted him.A heavy weight slammed into his back and Virgil took him down hard, twisted them to land on their sides. Virgil curled tight around him. Something freezing cold soaked into Travis’ shirt at the shoulder and the next impact shook Virgil’s solid body.“The hell is that?” Travis fumbled around and blindly groped for the source of the wetness.Virgil grunted and jerked tightened his hold around Travis. “I was damaged and am now leaking coolant.”“What!” He tried to turn over. He didn’t give a fuck about the shooter. His Alpha was injured. Virgil kept him in place with an impossible grip.“Cease moving,” Virgil growled in his ear. “You are in enough trouble as it stands. Further attempts at foolishness with not be tolerated.”Travis flinched and stilled as a bullet hit the ground mere inches from their heads. It wasn’t right though. Virgil needed help.A couple more shot flew past, then silence. Virgil wouldn’t let him up at first. “Wait for SWAT to report.”Minutes ticked by at a grueling pace, Virgil around him, the wetness spreading a little more each second. Travis’ heart hammered from adrenaline and the need to care for Virgil was almost unbearable. And damn it, why wouldn’t his Alpha allow him up?Finally, Virgil eased them up to sit. “SWAT reports the shooter managed to avoid capture, but he seems to no longer be in the area.”Travis didn’t care. He automatically zeroed in on the coin-sized hole in his Alpha’s chest, just under the right collar bone. It oozed a blue-green liquid and a mass of chewed up Plasmatic muscle could be glimpsed through the shredded skin. Travis covered the hole with his hand, a paltry to keep as much fluid from leaking out as possible.He took a second to look for more bloody wounds, but nothing else showed on Virgil’s chest. He glanced up into his partner’s diamond eyes. “Where else are you injured?”Virgil covered the hand Travis had over the chest wound and cupped Travis’ cheek with the other hand. “I am fine.”“No, you’re not!” Travis spluttered. “There are holes in your body!” Virgil’s lips tilted up at the corners and Travis almost punched the look off his partner’s face when he realized it was a smile. “What are you smiling about?”“Thank you.”Puzzled, Travis searched Virgil’s eyes. “For?”“Caring. Most humans don’t.”

Travis blew out a breath and rolled his eyes. “Of course I care.”

I am a house-parent to a rambunctious small child and happily mated to an equally rambunctious military spouse. My adventures in writing began with fanfiction, and once I was hooked I never looked back.
While I’ve always tried to make my fanfiction unique, what I enjoy most about creating original work is the ability to delve into my stranger ideas without worrying about how I might apply them to someone else’s world and characters. With my own creations, I take pride in twisting familiar tropes into something new and unexpected.
When I write, it is with the intention that my stories will leave a lasting impression. I hope you enjoy the characters and the worlds I create, and that they help you to find a place to exist, for a while, outside of your own.
https://www.tacreech.com 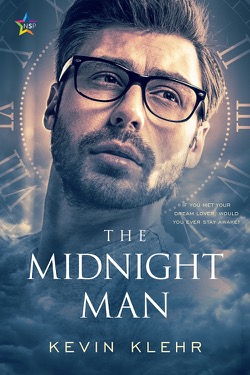