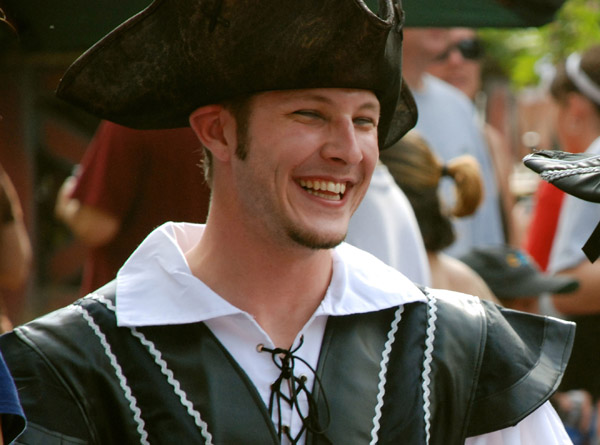 The lesbian and gay pirates of the 17th century lived a strangely egalitarian life, with health insurance and even same-sex civil partnerships. Piracy was a world apart, and one where homosexual couples may have been the norm, not the exception.

So to celebrate Talk Like A Pirate Day (19 September) here’s our queer history of piracy.

Same-sex action and the sea have long gone together. Captains on navy and merchant ships must have accepted, if not engaged in, gay sex. It may even have been useful to them, reducing tensions and resentment and increasing the bond between men.

But technically it was illegal in many navies. Britain’s Royal Navy punished ‘sodomy’ or ‘buggery’ with lashes and even hanging. Pirates often recruited their crews from the merchant and military ships they attacked, where sailors would already be having sex with each other.