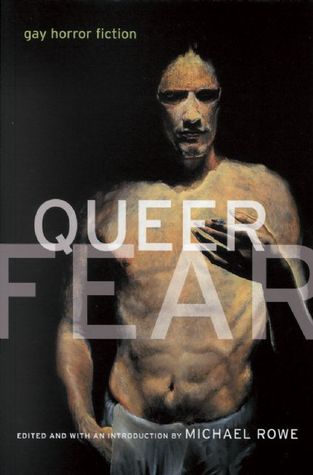 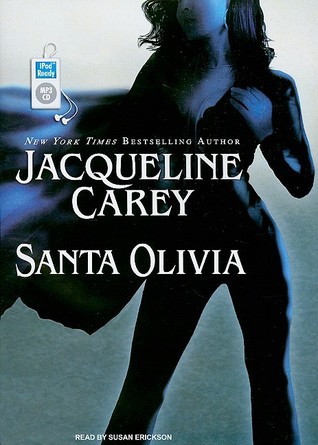 The dawn of the 21st century brought massive changes to the publishing industry, fueled in part by a surge in epublishing. More efficient and portable e-readers enabled readers to access an increasing number of ebook publications, fueling ebook sales. Larger print publishers, many of which were unprepared for the shift, responded by consolidating or closing their doors. There were additional impacts to brick-and-mortar stores as well as to print distribution of books and magazines. Many authors responded to these changes by releasing their own books in a variety of formats, sometimes by starting their own small and medium-sized presses.

Alongside the shifting landscape of publishing, there were significant changes in the visibility and legal status of LGBTQ+ people. Queer people and their allies pushed for, and in many cases, won recognition of their relationships as registered domestic partners and as married couples, equal employment protection and other opportunities that they had been heretofore barred from. This increased visibility was reflected in science fiction and fantasy fandom as well as published works, genre TV, comics and elsewhere.

The LGBTQ book awards founded in the previous decade such as the Gaylactic Spectrum Awards, the Queer Horror Awards and the Lambda Awards came into their own during this decade, highlighting works that featured positive portrayals of LGBT characters and bringing queer-themed work to a much broader audience. There were also new awards such as the Goldie Awards for lesbian literature, which launched in 2005 and included a speculative fiction category.

A number of writers who were considered to be literary fiction authors crossed into science fiction to publish novels with LGBT protagonists in the 2000s. Among these were Michael Chabon with The Amazing Adventures of Kavalier and Clay (2000) and Jim Grimsley with Kirith Kirin (2000) and The Ordinary (2004). Other writers who straddled the dotted line between literary and science fictional work during this decade included Octavia Butler, whose novel Fledgling (2005) featured a bisexual vampire and Finnish author Johanna Sinisalo whose novel Not Before Sundown (2000) featured a gay protagonist who temporarily adopts an injured troll. The English translation of the novel, Troll: A Love Story, won a Tiptree Award in 2004.

The decade also saw a substantial growth in the number of writers of color crafting stories with queer protagonists. Author Malinda Lo achieved critical acclaim with Ash (2009), her retelling of Cinderella with a lesbian protagonist. Nalo Hopkinson’s The Salt Roads (2003) featured three female protagonists of African descent, one lesbian, one bisexual and one heterosexual, in three different time periods. Karin Lowachee won a Spectrum Award for her science fiction novel Cagebird (2005), which featured a gay protagonist. Craig Gidney’s speculative fiction collection Sea, Swallow Me (2008), featured a number of gay protagonists who were also people of color.

There was also greater visibility of writers from different countries (in addition to those mentioned above) writing LGBTQ SFF than in previous decades. Hal Duncan (Scotland) saw his first novel, Vellum, published in 2005 and its sequel Ink, in 2007; Vellum and Ink were a fantasy series about a war between Heaven and Hell and featured several gay protagonists in an ensemble cast. L-J Baker (New Zealand) was the author of Lady Knight (2007), a romantic fantasy novel about a lesbian knight and Adijan and Her Genie (2008), an Arabian Nights-style fantasy with a lesbian protagonist. Sarah Hull (United Kingdom) won a Tiptree Award for her novel, The Carhullan Army (2007), a dystopian science fiction novel with a lesbian protagonist. Hiromi Goto (Canada) also won a Tiptree for her novel, The Kappa Child (2001), which featured a queer female protagonist who may or may not be pregnant with a kappa baby.

There were several network TV shows that had a significant impact on LGBT SFF, one of which was Xena: Warrior Princess. As the series wound toward its final episode in 2001, the previously subtextual romantic relationship between Xena and Gabrielle become more textual, though never quite consummated on screen. The show inspired several online fanfiction and activist communities, which in turn gave rise to a number of lesbian-focused publishing companies. Several of these companies began publishing paranormal and romantic science fiction along with other genres. Of these, Bold Strokes Books, founded in 2004, is the largest and best known; over the course of the decade, they published romantic lesbian fantasies and science fiction by authors such as Gun Brooke, Cate Culpepper and Jane Fletcher.

Xena fandom also contributed to the birth of a new organization. The Golden Crown Literary Society was created in 2004 to promote the reading and writing of lesbian fiction, including speculative fiction and paranormal romance. It hosts an annual conference where awards are given to books published in the previous year (see link in Resources at the end of Part 2 of this post) and fantasy author Jewelle Gomez has been one of the guests of honor.

The Queer Horror Awards spanned work in different mediums from 1998-2006. These awards were given to such works as the TV show Buffy, the Vampire Slayer, which featured several LGBT characters in the course of the series; Bending the Landscape: Horror (2001), the final installment of the trilogy of anthologies edited by Nicola Griffith and Stephen Pagel; and the Queer Fear anthologies, edited by Michael Rowe. Queer Fear Vol. 1 (2000) and II (2002) included gay horror stories by such authors as Thomas Roche, Gemma Files, Poppy Z. Brite and Michael Thomas Ford.

Alyson Books, an established gay and lesbian medium-sized press, released several sfnal titles over the course of the decade, including Lee Thomas’ acclaimed gay horror novel, The Dust of Wonderland (2007) before closing in 2008. Suspect Thoughts Press published one of the decade’s few sfnal novels featuring transgender protagonists, Supervillainz (2006) by Alicia E. Goranson. Suspect Thoughts also published several other crossgenre works with sfnal content by authors that included Dodie Bellamy before closing toward the end of the decade.

Not all the authors publishing LGBTQ work during this decade were published by small presses. Author Chris Moriarty’s hard science fiction novels Spin State (2003) and Spin Control (2006) explored gender, sexuality and conflict in an intergalactic future. Jacqueline Carey’s epic fantasy Kushiel series included 6 volumes published between 2001-2008, several with bisexual protagonists. Carey also wrote the dystopian YA novel, Santa Olivia (2009) about a teenaged lesbian protagonist trying to use her genetic modifications to improve conditions in her militarized town on the U.S./Mexican border.

Catherynne Valente featured a bisexual protagonist in her fantasy novel Palimpsest (2009) while Elizabeth Bear wrote about a gay couple on a complex diplomatic mission to a matriarchal planet in Carnival (2006). A.M Dellamonica saw the first book of her series with a bisexual female protagonist, Indigo Springs (2010) released from Tor Books. Tor was also the publisher for Jo Walton’s alternate history series: Farthing (2006), Ha’penny (2007) and Half a Crown (2008), which featured a gay protagonist living in an England that had capitulated to the Nazis. Roc Trade published author Caitlín R.Kiernan’s The Red Tree (2009), a dark fantasy with a lesbian protagonist while Del Ray published Richard K. Morgan’s The Steel Remains (2008), a dark fantasy with a gay protagonist.

Concurrent with the growth in ereaders, the 2000s saw a large increase in the number of new epublishers, particularly in romance and erotica. Online fanfiction communities writing slash fiction laid much of the groundwork for “m/m” (male/male) fiction, which features gay male relationships but is written primarily for a straight female audience. Web savvy and possessed of a built-in audience, these slash communities created their own subgenre of romance, which included paranormal and science fiction romances as well as erotica. Some of the authors who crossed over into a science fiction and fantasy readership from m/m romance and slash communities included Cassandra Clare, Josh Lanyon, R.W. Day and J.L. Langley.

LGBTQ protagonists appeared in other media as well. The Dr. Who spinoff, Torchwood (2006 – 2011) introduced the popular bisexual character, Captain Jack Harkness. Willow Rosenberg, one of the main characters on Joss Whedon’s Buffy, fell in love and came out as a lesbian only to lose her first girlfriend, Tara, in the episode Seeing Red (2002). Dante’s Cove was a gay and lesbian paranormal romance that ran on the Here TV cable channel from 2005 – 2007. True Blood, an HBO series about a near future Louisiana populated by vampires and werewolves as well as humans, began airing in 2008. It featured a number of gay, lesbian and bisexual significant characters in the course of its seven season run. Lost Girl (2010-2016) featured a bisexual succubus as the main character.

Comics continued their upward trend in LGBTQ protagonists and significant characters from the previous decade. Artist/writer Colleen Doran created her ensemble cast science fiction comic book series, A Distant Soil (collected by Image Comics 1999 – onward) throughout the decade. The series included several gay, bi or otherwise queer-identified protagonists and significant characters. DC Comics had their existing character, Batwoman, come out as a lesbian in 2006. She joined the select group of other out mainstream comic characters that included Renee Montoya/The Question, Pied Piper, one of the Green Lantern incarnations, Rawhide Kid and an assortment of minor characters in ensemble casts.

Queer horror films got more attention and somewhat more mainstream attention than in previous decades. Amongst these were Jennifer’s Body (2009), a comic-horror film featuring another bisexual succubus as the monster, the gay slasher films Hellbent (2004) and October Moon (2005). Most of the films were indie-produced and were primarily aired at LGBTQ+ film festivals and other venues, Jennifer’s Body and Hellbent being among the notable exceptions. That said, there was considerably more focus on queer characters and experiences in horror than in science fiction and fantasy films during this decade; the options there tended to stick with sassy best friend/comic relief, side character/victim or villain.

Given the scope of increase in LGBT protagonists in various parts of the genre, this survey can only be introductory so there are a number of areas that I’m planning to cover in greater detail in subsequent posts. That said, I hope this will peak interest in reading more about LGBT science fiction, fantasy and horror. Portrayals of LGBTQ protagonists continue to change and evolve; I will be fascinated to see what the future holds.