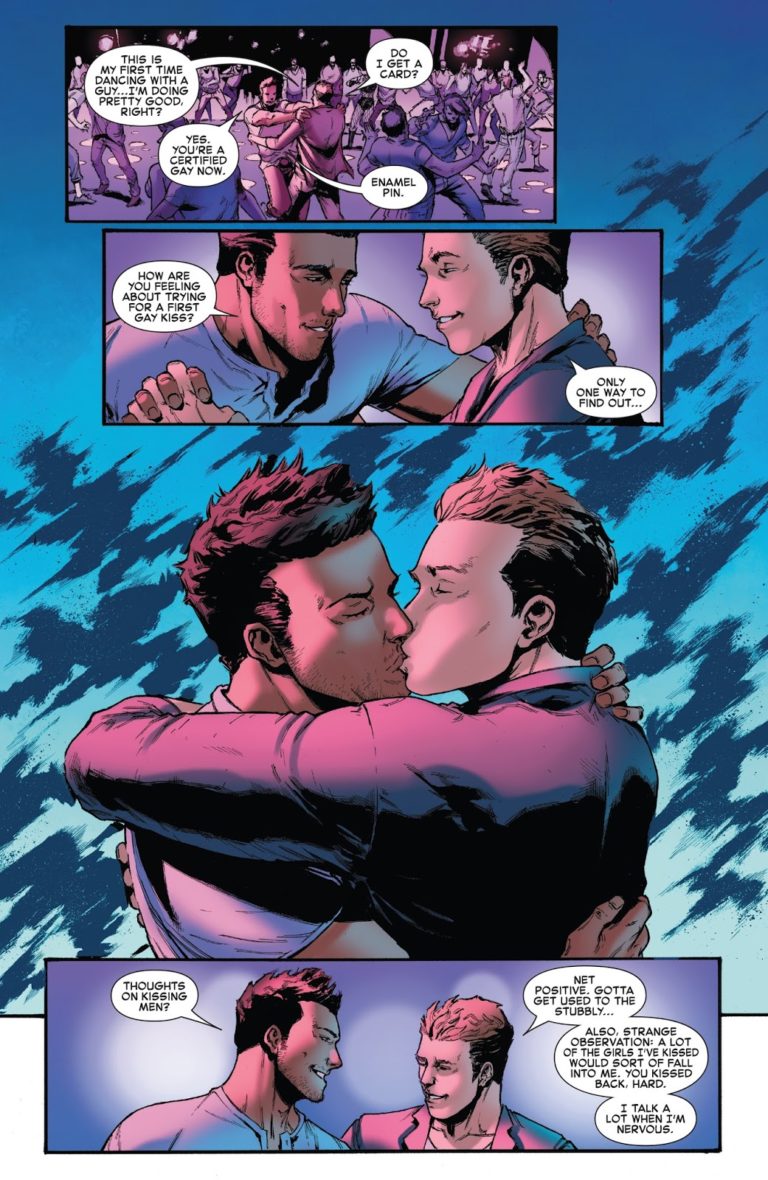 Comics has had another landmark moment as adult Iceman – Bobby Drake – has had his first gay kiss. But wait, you’re saying, hasn’t Iceman been out and gay with a boyfriend for a while now?

To be clear, there are two Icemans currently running around the comics X-Men universe. There is the adult Iceman, the same one that comic fans have grown up with since the 1960s. There is also a time-displaced Iceman, after teenage Bobby was brought from the past to the present. Teen Bobby was outed by psychic Jean Grey, and has since come out, kissed a guy and got a boyfriend. It was revealed it wasn’t just teen Bobby that was coming to terms with being gay, it was adult Bobby too.

In a new mini-series penned by gay writer Sina Grace, the first Marvel solo series to star a gay lead, adult Bobby is seen exploring his sexuality. Meeting a guy in Los Angeles named Judah, he hilariously nervously flirts his way into his first gay kiss.

1 thought on “COMICS: Iceman Gets His First Gay Kiss”